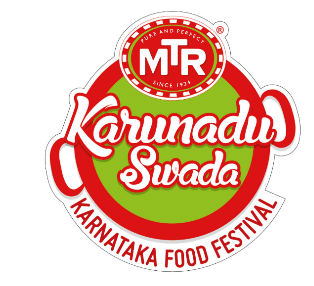 Go on a culinary trip across Karnataka and rediscover one of the oldest surviving cuisines of India with the 3rd edition of MTR Foods’ iconic food festival – Karunadu Swada.

With over 100 authentic dishes, the MTR Karnataka Food Festival showcases 6 regional cuisine trails from across the state and is prepared by expert home cooks.

With urbanization touching more and more lives of people in Tier II cities, there’s a drastic change in the routinely habits and diet of the individuals there, further leading to a surge in lifestyle diseases especially, heart ailments.

Cardiac Ailments is one of the leading causes of death in India and worldwide killing about 1 in 5 men and 1 in 8 women, According to WHO reports. Heart attacks that were once reckoned to be an elderly problem has now been reflected in the middle aged population as well. The increasing stress of modern life has exposed even younger people to the risk of heart diseases.

While a person’s genetic disposition and family history remain the most common and uncontrollable risk factors, majority of heart diseases in the younger generation is due to excessive stress and long working hours coupled with erratic sleep patterns, which cause inflammation and increase the risk of heart disease. Smoking and a sedentary lifestyle further accelerate the risk symptoms in people in the age group of 20 to 30 years and ultimately heart failure. 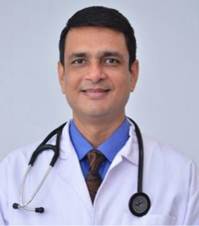 “While development in Tier II cities has been a boon to the people in many ways, it has also brought a set of health challenges with it. Health conditions such as hypertension and diabetes have become increasingly common which contribute to a deteriorating heart health. It has been also observed that there’s a spurt in cardiac issues among the younger generation. A heart disease is no more an ‘old-age problem’ as it also impacts people in their thirties. Therefore, it is imperative to raise awareness among the Tier II city population about prevention, early detection and timely treatment of cardiac issues.” Said Dr. Adil Rizvi, Principal Consultant, CTVS Surgeon, Max Super Speciality Hospital, Patparganj

Risk factors such as smoking and diabetes, in particular, provoke inflammatory changes and promote the formation of blood clots, thus obstructing the blood flow. The one factor that strongly predicts both heart and brain health is high blood pressure. Infact, many people are not even aware that they have high blood pressure because it has no visible symptoms, which is why it is called as ‘the silent killer’.

“Due to increase in sedentary lifestyle and the culture of ‘eating out’, I have observed that there is a rise in the incidence of heart diseases in younger people which is very worrisome. It is painful to see the people not having easy access to timely diagnosis and treatment for heart diseases, which have become a growing epidemic in many regions. Reaching the masses about the latest advancements will help citizens have latest cardiac care at their doorsteps and prove to be highly beneficial to patients who have undergone heart surgeries or stenting.” He added

Technology has cushioned every field and helped us in simplifying our lives to a great extent. Smartphones have played smart by building a tax empire in our pockets, apps these days help us not only grow our income but save them too. Balance your income, investments, tax filings, payments and everything else that you need to get an insight into money matters. 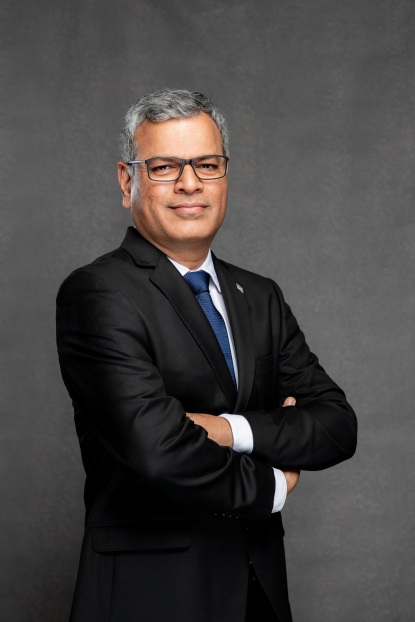 HOMAG Group appointed Mr. Venkataramana Gorti as its new Managing Director and Country Head in India. An industry veteran, Mr. Gorti will be responsible for increasing the company’s footprint in the country and enhancing its market share. An IIM graduate, Venkat has previously worked in senior roles at leading organizations such as GE, Wipro Infrastructure Engineering, Flex, Honeywell etc to name a few.

HOMAG India with its Indian office established in 2002, currently has close to 48% market share in the mid and high-level segments in the country. Being a complete end to end solution provider of innovative technologies to the industry, HOMAG India plans to deliver more Industry 4.0 solutions involving tapio (cloud based solutions) using ioT, AI and VR in the coming years.

“I am quite excited to lead Homag India at this point where the industry is undergoing rapid transformation, and drive the company’s goals while continuing our investment in innovation and technology. We plan to further increase our presence in the Indian market in the coming years and believe that our technology solutions for furniture and wood working industries such as Tapio (IoT solution), Industry 4.0 solutions, DIPA (Digital Printing Technology), Digital factory, Digital twin will be the future”, said Mr. Venkataramana Gorti, Managing Director and Country Head, HOMAG India.

Panasonic Life Solutions announces its association with Nambiar builders, a well-established real estate developer based in Bangalore that has a diverse portfolio of projects including   gated communities, residential layouts, premium apartments and luxury villas, in and around Bangalore.  The aim is to offer its exclusive and classy range of Kitchen designs that integrates its advanced and innovative technologies in the field of home building with truly functional style while fitting in beautifully and matching the surrounding interiors.

Indian kitchen appliances have become technologically and aesthetically advanced with a variety of designs and features ensuring that the kitchen blends in with the home interiors. The luxurious villa by Nambiar Builders will be constructed with Panasonic Life Solutions latest and high-end Kitchen solutions infused with innovative Japanese technology at the Bellezeavilla projected to be built in the central location of Bangalore. With its majestic appeal of independent villa life, Bellezea promises a living that complements with the taste of today’s modern Indian consumers taste and class. Customers and individuals can now experience the elusive upgraded and high-class living today.

Mr. Rajesh Nambiar, Executive Director, Nambiar Builders said that, “We are happy to associate with Panasonic Life Solutions as their advanced product offerings deliver a seamless customer experience, varied range of quality and innovative kitchen solutions. Nambiar Bellezea (www.nambiarbuilders.com) is an exclusive gated community that caters to achievers, dreamers and those who have been in the journey of excellence for years. At Nambiar, every villa is customized to complement the current needs and tastes of the individuals at large. Panasonic Life Solutions goes the extra mile to ensure that one has the most delightful kitchen design to build a dream kitchen”.

Talking about the association, Mr. Dinesh Aggarwal, Joint Managing Director, Panasonic Life Solutions, said that “The villa house will be built with high-class exclusive range of Panasonic Life Solutions Kitchen products; all of which that will enhance the appearance of the home décor. The kitchen designs will offercontemporary color tones available as per an individual’s choicethat will augment the functional value of the Nambiar Bellezea villa situated at Hosur Road and Sarjapur Road in Bangalore. With an increasing buying power and rise in boom for real estate sector , such kind of modern amenities are enhancing the buying behavior of the consumers in the Bangalore market especially amongst the new age audience. With our offerings and expertise of the Nambiar Builders in creating luxury spaces for future lifestyles; our objective is to offer customized living spaces tailored to a Customer’s need.” 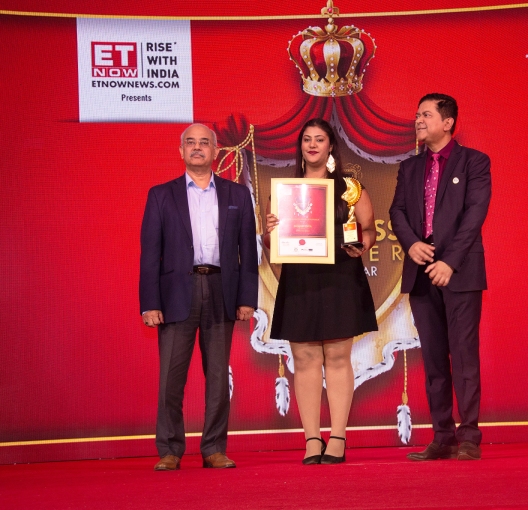 Divanshi Gupta, Director, The Marcom Avenue was awarded ET Now Young Business Woman Entrepreneur Award 2020 at a gleaming awards ceremony held in Mumbai at Taj Lands End. The award won by Divanshi Gupta is a clear and fierce representation of women accelerating in the field of marketing and entrepreneurship.

ET Now has honoured Divanshi Gupta with this prestigious award in the wake of instrumental leadership in effectively founding and managing the Business and Operations at The Marcom Avenue, Gurgaon for years now. She has been working for the Marketing and Communications Fraternity for 8+ years, and her experience in curating marketing strategies has helped brands bring meaningful experiences to life. She has been on an entrepreneurial journey since 2012.

Divanshi Gupta on the opportunity of receiving the award said, “Today, brands can succeed only when they are able to ‘Create. Communicate. Connect.’ The heart of the customer to the heart of its brand and this realisation gave birth to an integrated marketing and communications agency, The Marcom Avenue. I’m eternally happy and grateful that our efforts have been recognized and acknowledged by ET Now. And, receiving this award would have not been possible without the passionate efforts of the whole team and the brands who believed in us.”

“This is a call for equality that has been brought to light over the past couple of decades. The magnitude of the problem in corporate India has opened the doors to a dialogue on processes to increase the participation of women in the workplace across levels and verticals. Working women and men deserve to be treated equally and with dignity. Diversity and inclusion will be the call to action for India Inc. for the next decade and increasing the number of women in leadership roles.

Regardless of the size of the company, the importance of diversity and inclusion in the workplace has been recognised and accepted by corporate India. This has led to greater investments in increasing the percentage of women with buy-in from top management — an important step towards achieving gender parity at all levels of an organisation.

Training and sensitisation are important measures that companies should invest in to enable their employees — both men and women — to understand biases and the importance of having more women in the workplace”.